If you’re not out in the wilds actively hunting for bears, the last encounter you will want to have is with a grizzly bear or black bear.

Don’t let the possibility of meeting a bear put you off hiking and camping outdoors.

There’s a whole lot of outdoor/hunting gear out there that you can get, this will further equip you with the necessary tools needed to make a success. Be sure to read reviews about the products before buying them, one good example is Outer Optics which does just that.

Learning how to use bear spray effectively is a skill every outdoor enthusiast should have. Once you know the technique of handling bear spray, you can head for the woods with a more positive attitude (mixed with judicious quantities of respect and caution).

Before we dive straight in on how to use bear spray, it’s a good idea to read a few interesting facts about these fascinating animals and how they live.

There are 8 bear species found around the world:

Bears live for up 30 years in the wilds, and are some of the largest and most powerful animals on earth. The problem with bears is that when you see a picture of one, you just want to hug the heck out of it. But meet up with a bear outdoors, and it’s an entirely different emotion you’ll be experiencing.

These animals prowl for food during the day, evenings, and nights. They have an excellent sense of smell, superior navigation skills, and outstanding memory. When these instincts are linked to a bear’s hearing and sight, it makes for an extremely formidable animal.

Bears can climb trees with the greatest of ease, swim like an eel, and run at speeds of up to 37 mph/60 kph. They are solitary beasts except when they are mating or have cubs.

If your objective is to get a close-up photograph of these marvelous creatures, then be sure to take some of this photography advice to avoid disappointment.

It’s a good thing we live in the age where there is access to a huge database of factual information about how to handle a bear proximity alert. For years, adventurers would frighten the folks sitting around the campfires with tales of bears. Youngsters were scared upright with stories of bears being capable of  plucking a camper right out of their tent with one swipe of a paw, or suddenly jumping out of a bush to bite a passerby.

The truth is that bears are keener to move away from the sound of something approaching in their direction than waiting to see if they can eat it. Most of the bad bear myths were created by parents long ago to keep children away from the woods. In Europe, the same was true, excepting the fireside tales had wolves in them, and not bears.

And, although there are a few myths about banging two branches together, blowing a whistle, or ringing a bell frequently will alert bears to your approach, the simplest thing is to shout out every now and again to give the bear a head’s up. They move off, and you won’t even know they are there.

Then there’s the idea that spreading your coat out wide to make yourself appear bigger will be enough to make a bear think twice about coming nearer. This is the worst bear safety fiction out there; the only thing to do when you have a curious bear near you is to grab your can of bear spray, and not your coat sides.

Never buy a can of bear repellant without a holster to go with it. Your spray is no good when it’s in a backpack or back in the trunk of your car. You need to be able to keep your eyes on the bear the moment it comes within range, and that is definitely not the time to be unzipping a bag and rummaging around.

If you are in a group, each person should have a can of bear spray in a holster around the waist. This is because a bear could approach your group from any direction, although with all the chatting and laughing a bunch of hikers create, the chances of a bear encounter is very small.

As for the spray itself, accept no substitutes! Only a can that has the words “Bear Spray” on it is the real thing. Capsicum and pepper sprays, dog deterrent, and mace are simply not strong enough. Remember to keep an eye on the expiry date your bear spray was issued with, as it is only effective for approximately three years.

When Do Most Bear Attacks Happen?

Most recorded instances of bear attacks happen when it’s surprised. This is why every outdoorsperson will keep up a steady routine of shouting out every few fifty yards or so, and making a racket when pushing through the bushes. If watching the movie “The Revenant” is what brought you to this page, you’ll already know that a mama bear is hyper-aggressive if anyone comes between it and its cubs.

If a bear is charging towards you, or just ambling in your direction, unholster your bear spray immediately and follow through on these directions. If you want to go into your garden and practice the motions a few times, that’s even better. You can let off a few blasts of spray, but as every regular size can only holds 6 to 8 second spray blasts, it’s best to keep your practicing to the motions only.

Getting Into Position to Use Your Bear Spray

Did you know that purpose-made bear spray has proven to be more effective against bear attacks than guns? Even hunters like to keep a handy can on a holster if they are hunting in bear country, as it can be used against cougars and coyotes too.

This is respectful to the wildlife, especially if the hunter is not specifically targeting bear or predators. After all, the woods are where the bears live, and humans are only visiting.

Bear spray is a tool, similar to a knife or gun. You need to learn how to use it so that when you have to reach for the spray canister, it’s a nice, fluid action and drawing it is like second nature. If you already have a knife or water bottle on your belt, you can fix the bear repellant on a lanyard around your neck.

It’s easy to advise this from the comfort of an office, but when a bear is approaching the most important thing is for you not to panic and start running in the opposite direction. Even if you’re in a group and everyone scatters, there will always be one poor soul who the bear decides to target, so all stick together and withdraw your bear sprays from the holster.

Bear spray canisters come with a hooked handle that makes it accessible for your fingers to hook around and lift out. Begin backing away slowly while flipping off the safety. Keep together as a group and back off as one while facing forward, avoiding eye contact, and keeping your voices low.

Most bear encounters end at this juncture. The bear will lose interest, and move away.

What to Do If the Bear Continues to Approach You

If the bear continues on its course and gets within range, then it’s time to use your bear spray. If you’ve had a few practices with your canister at home, you’ll know to keep the spray from blowing back into your face. If the wind is blowing in your direction on a gusty, windy day, try turning your body slightly sideways while you aim, and prepare to experience at least some blowback.

Bear spray is mostly effective at shorter ranges of around 12 feet/4 meters, although there are some brands on the market that you can use from up to 30 feet/9 meters away. If you use your spray too soon, it will have no effect on a slowly approaching bear. The average can holds 4 x 2 second sprays at the most, so be sure to wait until the bear is in range before blasting it.

Hold the spray with two hands and have your feet spread slightly wider for support. Keep one hand holding the hooked handle with your thumb on the trigger, and the other hand on the cylinder. Next, deploy the spray in a two-second burst, aiming it in a downward trajectory (see image), to stop the burst of spray from going over the top of the animal’s head.

After one 2-second spray burst has been deployed, wait to see the bear’s reaction before releasing another one. The chances are the bear is already feeling the effects of the irritant, and has either stopped in its tracks or turned around and hightailed it back to where it came from.

This will give you the chance to retrace your steps away from the bear’s habitat and choose another route. Don’t forget to alert any other hikers to bear activity upon your return to camp.

5 Interesting Facts About The Internet of Things IoT 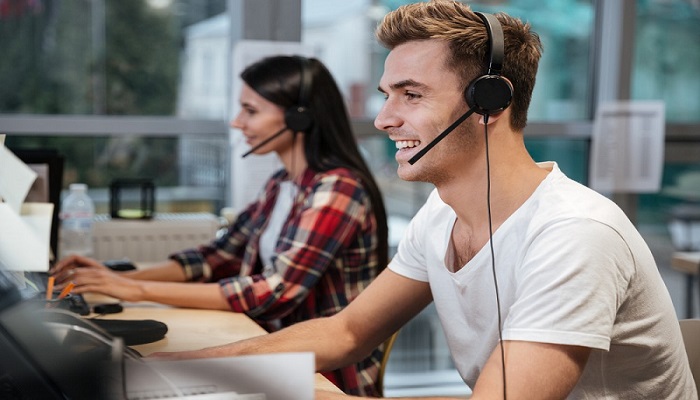 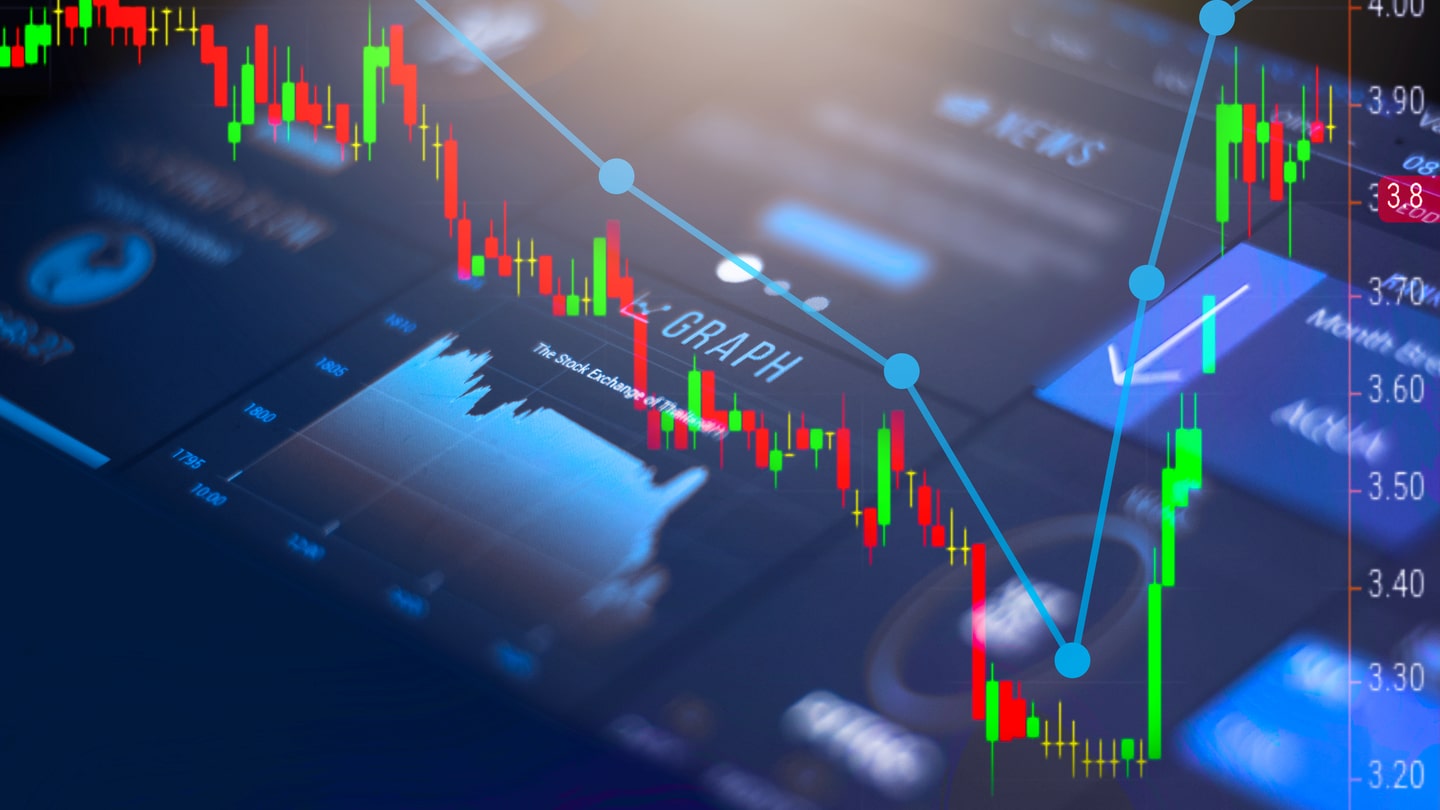 What should South African traders consider before accepting Forex bonuses?