In practically every aspect of their lives, billions of people use mobile applications, from social networking to healthcare and e-commerce to online banking. These apps provide us with easy-to-use user interfaces and experiences that assist us in our daily lives. Especially in today’s world of digital transformation, mobile application development is such a lucrative business deal for tech companies of all sizes, as it can help them make a fortune if successfully launched.

How are these applications created to be so dependable? With the right framework, of course. When talking about frameworks used for developing mobile applications, we obviously have plenty of choices, don’t we? Such as React, Ionic, Angular, etc. If you find it difficult to decide which one to choose, then this is when a software services company will come in and help you to steer the project in the right direction.

Some of the credit should go to widely used frameworks like Angular, which make it simple to build reliable apps. However, you should first have a general understanding of Angular and the reasons it should be your go-to framework for developing mobile applications before seeking external consulting. Let’s navigate through Angular and its benefits in this post.

In the simplest terms, Angular is an open-source, JavaScript framework written in TypeScript and backed by Google. First introduced in 2009, Angular was built to serve the purpose of developing single-page applications. Angular has altered a lot from its original incarnation after being reworked and re-released by Google in 2016.

This JavaScript-based framework is widely known as the leading front-end framework for its accelerated development process, enhanced scalability, and its ability to power feature-rich responsive web apps. Moreover, Angular enables developers to create large apps in a maintainable manner, which is super handy.

Google still makes use of Angular in a number of its own programs, including AdWords and the Google Cloud Platform. Numerous well-known companies, like Samsung, Delta Air Lines, BMW, and Forbes, have also adopted the platform. Angular is one of the most used web and app frameworks trusted by developers globally, according to Statista (Most used web frameworks among developers).

There is a variety of reasons why Angular gained immense popularity and adulation for mobile app development. And perhaps the benefits it brings will be useful for your upcoming projects as well. So, better check out a few of them:

The first biggest advantage when it comes to mobile app development with Angular is that it is maintained and supported by Google, so you can rest assured about its stability. In particular, Google provides Long-Term Support (LTS) for Angular, which reveals Google’s intention to continue using the framework and expand the Angular ecosystem. This is good news for your Angular developers to learn from Google’s certified Angular professionals. Currently, a lot of famous brands, such as Netflix, Gmail, YouTube TV, Upwork, and others, use the Angular framework.

Everything you require is provided by Angular’s default configuration out of the box, including tools to handle routing that make it simple to get the data you need for your applications. In addition, Angular’s preconfigured environment not only supports development but also enables easier testing. There will be no need to employ third-party libraries to help with building the fundamental functionality for your mobile app, as the Angular team has given access to the official library in which you can find all you need. This way, you can anticipate improved cybersecurity and greater code quality.

Consistency and reuse of the code

The cornerstone of a successful development environment is code consistency. This is because the documentation style guide and Angular CLI (command line interface) both promote consistency at the pioneer level. With the Angular CLI tool, Angular developers have the ability to start new projects, run tests, and integrate several features into one project while keeping the whole team in agreement.

Additionally, because Angular facilitates code reuse and streamlines the development process, there will be less time and effort commitment. And it makes it productive for the development team working on related projects back to back because it enables developers to integrate more functionality with shorter codes.

Numerous bugs and problems with the compiler, route, core, service workers, modules, and other areas have been rectified with the most recent version of Angular. Another bug patch guarantees accurate identification of modules impacted by TestBed instructions.

The Angular framework offers two-way data binding, in contrast to certain other frameworks that only allow one-way data binding. It synchronizes the data between the Model and the View in real time. Therefore, these two components update immediately and in real time whenever data is modified or changed. If not, engineers would have to manually make those adjustments, which would take more time and work.

The Angular framework makes use of HTML, which is less difficult than JavaScript. HTML is also well-known for being a declarative and simple language that does not require a lot of effort to organize program flows or determine what loads first. The framework will take care of the rest; Angular developers only need to sketch out what is required.

For your information, the pipeline for Angular’s upcoming compilation and rendering is known as Ivy. Faster component loading and significantly optimized bundle sizes are two features of the new Angular engine. Enterprises may obtain unparalleled code debugging and a user-friendly app experience with Ivy renderer. Additionally, it increases the framework’s accessibility and establishes an example by lowering file sizes, making it a feature-rich platform for app development.

Now that we have outlined a few typical reasons, aka benefits of Angular, that are proven to be handy for the mobile app development process. In the end, it is still your niche project requirements and final goals to consider, as well as making a decision on which framework to choose. 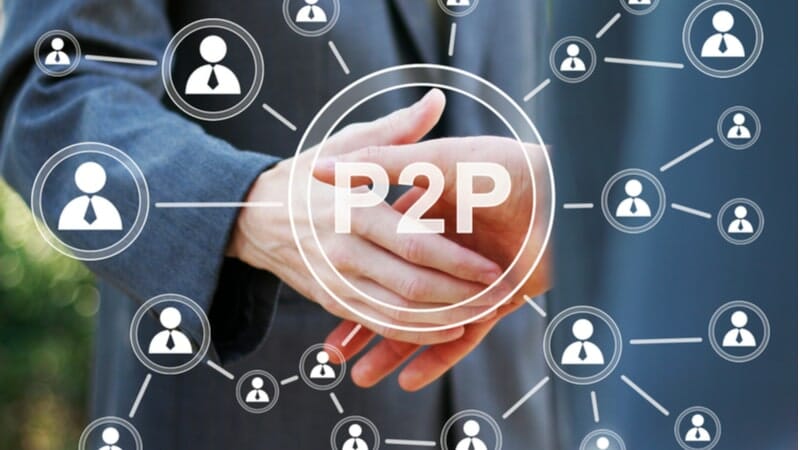 What is P2P (peer-to-peer) Lending?