FLV (Flash Video) is a widely used video format which is used by many streaming websites online. So, if you’ve downloaded videos from those streaming website, videos can be FLV. But, FLV video format is not natively supported by media players. If you want to play them you need to download third-party FLV Players but searching for FLV players is a tedious task what is relatively easy is to convert FLV to MP4 format.

I am telling you very simple ways to convert FLV videos to MP4 formats in both desktop and smartphone. So, whichever device you use to watch videos, you can use it to change FLV video to widely supported MP4 video format and enjoy watching them instantly.

I am sharing 3 cool online FLV to MP4 converters which allow users to convert FLV videos to Mp4 losslessly:

All these online FLV to MP4 converter don’t only allow you to convert your Flash Video file to MP4 but you will be able to convert FLV files to AVI, WMV, MOV, SWF, MPEG, 3GP, DIVX, MKV, XVID and many other popular video formats.

Wait for a while, and let VLC convert your FLV video to MP4 Video file. Once it is completed, VLC will show you the converted MP4 file which you can play comfortably in any media player or your PC or smartphone.

All in one media converter which I’ve mentioned above or you might have found on the internet are usually large in size because they don’t only provide the feature to convert only FLV to MP4 videos but they have many other tools & feature to convert many media formats to many different media formats. But, if you have specific need to just convert FLV to MP4 and you’re in a limited or slow internet connection where you can’t download big software or upload your FLV files again and again to online FLV to MP4 converters then, below here I am provided some small FLV to MP4 video converters which are built for only this task and hence, they are small in size:

5. Convert FLV to Mp4 in Android 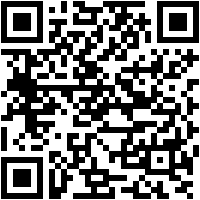 Using all the above methods, I am sure you’ll be able to convert your desired FLV to MP4 video without facing any problem. If you still do, please mention the issue in the comments section below.

Bradley Wood
View More Posts
Bradley Wood is a freelance writer who lives in Pomona, Los Angeles. He is pursuing graduation from the University of California (UC). Bradley frequently contributes his high-quality articles in Academics and Education to our site to help students in their day-to-day life.